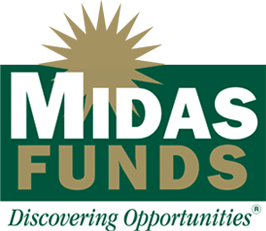 Midas MarketScope:  Based on a recently published a report by the Congressional Budget Office (CBO) on projections of federal debt, deficits, spending, and revenues, the CBO projects federal debt to grow “to unprecedented levels over the next 30 years” assuming current laws and spending do not change. For instance, by the end of 2021, federal debt held by the public is projected to be 102% of GDP. By 2051, this figure would nearly double to 202% of GDP. The main driver of this debt, net interest spending, is projected to more than triple from 2030 – 2050. As the CBO, explained, “[b]ecause debt is already high, even moderate increases in interest rates would lead to significantly higher interest costs. Moreover, federal borrowing is projected to rise significantly, further driving up interest costs. Rising debt as a percentage of GDP, the CBO says, “would also pose significant risks to the fiscal and economic outlook.” The CBO notes consequences of rising debt include an increased risk of a fiscal crisis where investors lose confidence in the U.S. government’s ability to service and repay debt, causing, among other things, interest rates and inflation to increase. In the worst case, “dramatic increases in Treasury rates would reduce the market value of outstanding government securities, and the resulting losses incurred by holders of those securities – including mutual funds, pension funds, insurance companies, and banks – could be large enough to cause some financial institutions to fail.”

Midas Fund The Fund’s holding of Steel Dynamics Inc., one of the largest domestic steel producers and metal recyclers in the United States, performed well in the last month. Shares of Northern Star Resources Ltd., an Australian gold producer with operations in Australia and North America, have underperformed in the last month.

Midas Magic The Fund’s position in Mastercard Inc., a technology company in the global payments industry, performed well in the last month. The Fund’s holding of Check Point Software Technologies, a provider of cyber security solution to governments and corporate enterprises, hindered the Fund’s performance in the past month. Each of Mastercard Inc. Class A and Alphabet Inc. Class A currently comprise more than 10% of the Fund’s net assets.

The Fund seeks capital appreciation. Relative to the S&P 500, the Fund’s portfolio currently is more weighted in cyclical companies, such as financial services, and is underweight in economically sensitive and defensive industries. The Fund generally focuses on companies that appear to have strong operations showing superior returns on equity and assets with reasonable valuations.

How to and Why Invest in Gold?

Gold investors have, essentially, three basic alternatives: (1) bullion; (2) individual equities; or (3) funds that invest in gold and gold-related equities (e.g., gold mutual funds, exchange traded funds, etc.) Equities of gold mining companies may offer greater upside than direct ownership of the metal itself due to operating leverage. Operating leverage arises when the percentage gain in a gold mining company’s earnings is greater than a percentage gain in the price of gold — a result of operating costs declining as a percentage of revenue per ounce of gold mined.

Potential benefits of an investment in gold and gold-related equities may include, among others, portfolio diversification, low correlation with the overall U.S. equity markets, serving as a hedge against other financial assets, and potential price appreciation fueled by demand from the jewelry industry, industrial markets, and central banks.

We believe that a reasonable allocation to a gold mutual fund in a conservative, diversified portfolio would be limited to 3%, or up to 10% for aggressive investors.

How did you hear about Midas?